In 200BAL, thousands of years after the Valyrian Freehold was established, the Valyrians continue to expand further west, and claim control of a small island just off the coast of Westeros. This marks the most western piece of land that is claimed by the Valyrians, and is only a few miles off the coast of Westeros. The island is controlled by one of the strongest Valyrian families, the Targaryens, who go on to build a castle with towers that look like dragons, earning it the name of Dragonstone. The Targaryens live at Dragonstone for the next 200 years, until the Doom occurs, and Aegon lands his dragons on Westeros in pursuit of Aegon’s Conquest.

Though Dragonstone is not as noble as some other great castles of Westeros, nor does it boast fertile or wealthy lands, it will always be revered as the first Targaryen castle — the very place from which Aegon mapped out his conquest of the Seven Kingdoms. After Robert’s Rebellion, King Robert awarded Stannis with Dragonstone, while giving his younger brother, Renley, Storm’s End. This only made Stannis more bitter, as he was given a castle with no lands or houses, while Renley was given the greater castle of Storm’s End. Some believe that Robert gave Dragonstone to Stannis as he knew only a great and powerful ruler could lead from this powerful castle, the very way Aegon had 300 years prior. 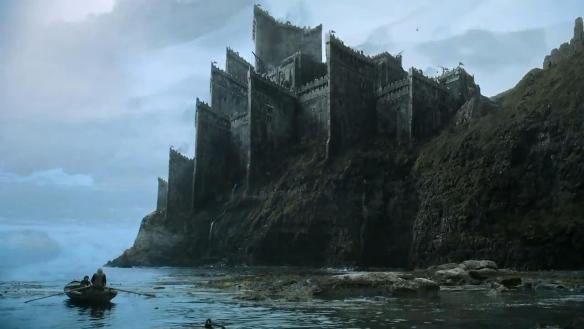