Dragons are magical creatures that were discovered on the continent of Easteros, before being brought to Westeros by Aegon the Conqueror during his Conquest. However, many years ago, the last dragon died and dragons went extinct for nearly 150 years, until Daenerys Targaryen hatched three dragon eggs. These dragons are believed to be the only remaining dragons in the entire world. 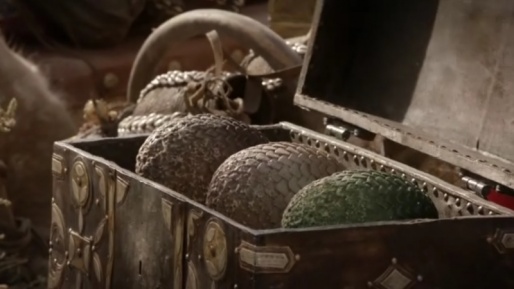 Dragons were first discovered approximately 5,000 years ago by the ancient Valyrians, beneath the Fourteen Flames, a massive chain of volcanoes. After realizing that dragons could forge strong connections with the masters that raise them, the Valyrians spent many years learning to tame these dragons. Eventually, they used the power of these dragons to conquer the continent of Easteros during the expansion of the Valyrian Freehold. At this time, dragons could be found all over the continent of Easteros. However, the Doom wiped out nearly every living dragon; the only dragons to survive were the three that had been brought to Dragonstone by the Targaryens, several years prior to the Doom.

During his Conquest, Aegon would use these three remaining dragons to conquer the Seven Kingdoms and unite the lands of Westeros under the consolidated rule of one king. For hundreds of years to come, the Targaryens would rule over Westeros, using their dragons as a means of power. However, dragons are believed to be intrinsically connected to magic, and as the magic of Old Valyria began to fade, so too did the dragons themselves. The Targaryens began to have difficulty breading healthy dragons and in 140AL, the last remaining dragon died.

Aegon the Conqueror and his dragon, Balerion

Despite repeated efforts to hatch petrified eggs, dragons remained extinct for the next 150 years and nobody in this generation or the last has lived to see a dragon, until Daenerys hatches three ancient eggs, becoming the mother of dragons. Like Aegon did 300 years before her, she begins to use the dragons to conquer the cities of Easteros, in an ultimate attempt to make her way back to Westeros. 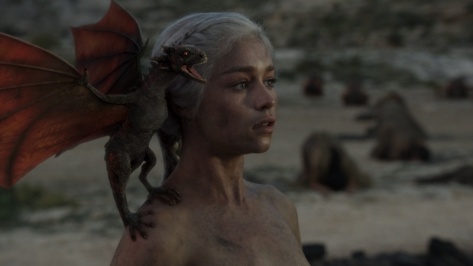 Daenerys, the mother of dragons